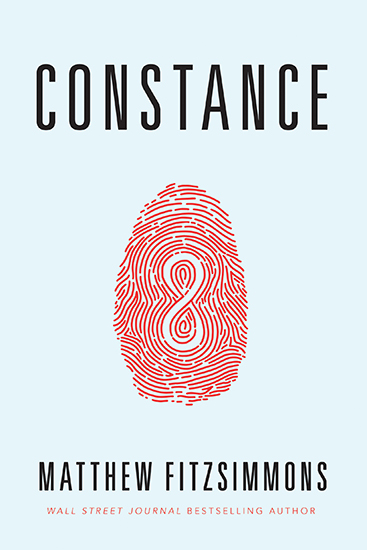 A breakthrough in human cloning becomes one woman’s waking nightmare in a mind-bending thriller by the Wall Street Journal bestselling author of the Gibson Vaughn series.

In the near future, advances in medicine and quantum computing make human cloning a reality. For the wealthy, cheating death is the ultimate luxury. To anticloning militants, it’s an abomination against nature. For young Constance “Con” D’Arcy, who was gifted her own clone by her late aunt, it’s terrifying.

After a routine monthly upload of her consciousness—stored for that inevitable transition—something goes wrong. When Con wakes up in the clinic, it’s eighteen months later. Her recent memories are missing. Her original, she’s told, is dead. If that’s true, what does that make her?

The secrets of Con’s disorienting new life are buried deep. So are those of how and why she died. To uncover the truth, Con is retracing the last days she can recall, crossing paths with a detective who’s just as curious. On the run, she needs someone she can trust. Because only one thing has become clear: Con is being marked for murder—all over again.

“What a book! Like all the best speculative fiction, FitzSimmons’ compelling thriller Constance takes elements of real science and spins them up into a novel and terrifying premise.”
—Blake Crouch, NYT bestselling author of Dark Matter & Recursion

“Constance is a blistering, balletic read—silky-smooth world-building that effortlessly grounds a wonderful, harrowing tale of mystery, suspense, identity, friendship, and redemption. This is, for all its twists, turns, and tricks, a novel that does what a novel should do—examines what makes us human after all. Genuinely one of the best books I have read in a long, long time.”
—Greg Rucka, NYT bestselling author and creator of The Old Guard