Read Interviews & Articles on this series 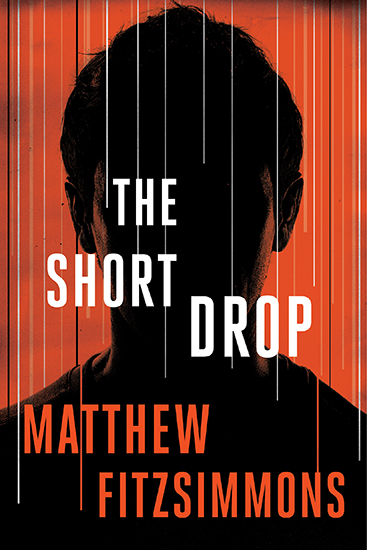 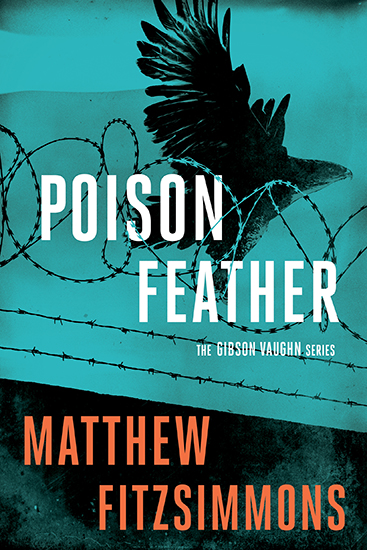 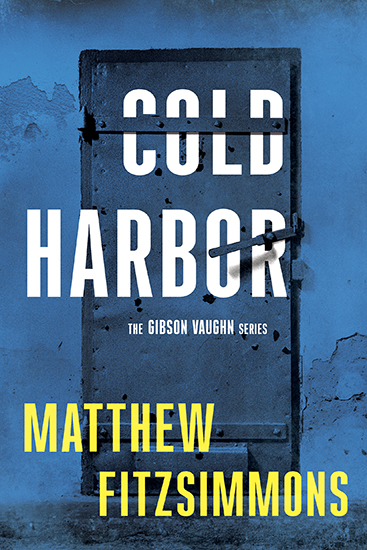 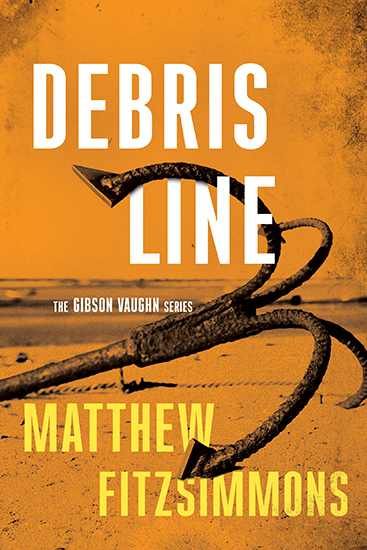 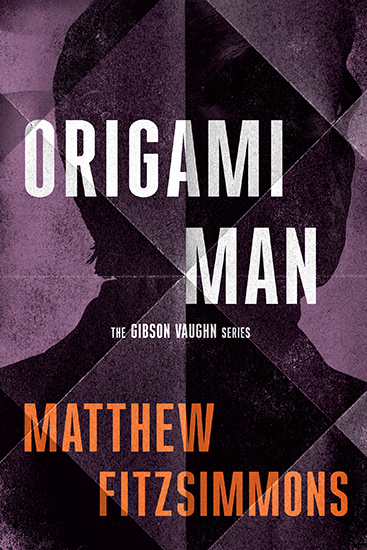 A decade ago, fourteen-year-old Suzanne Lombard, the daughter of Benjamin Lombard—then a senator, now a powerful vice president running for the presidency—disappeared in the most sensational missing-person case in the nation’s history. Still unsolved, the mystery remains a national obsession.

For legendary hacker and marine Gibson Vaughn, the case is personal—Suzanne Lombard had been like a sister to him. On the tenth anniversary of her disappearance, the former head of Benjamin Lombard’s security asks for Gibson’s help in a covert investigation of the case, with new evidence in hand.

Haunted by tragic memories, he jumps at the chance to uncover what happened all those years ago. Using his military and technical prowess, he soon discovers multiple conspiracies surrounding the Lombard family—and he encounters powerful, ruthless political players who will do anything to silence him and his team. With new information surfacing that could threaten Lombard’s bid for the presidency, Gibson must stay one step ahead as he navigates a dangerous web to get to the truth.

…live-wire debut…Hang on and enjoy the ride.
—People Magazine
[W]hat makes a thriller a thriller is putting good people in jeopardy, and FitzSimmons has come up with a doozy of a sociopath.
—The Washington Post
Writing with swift efficiency, FitzSimmons shows why the stakes are high, the heroes suitably tarnished, and the bad guys a pleasure to foil.
—Kirkus Reviews
This is a hell of a debut…. There are a lot of moving parts in this complicated story, but FitzSimmons keeps those parts moving with such grace that it seems effortless.
—Crimespree Magazine
Beyond exceptional. Matthew FitzSimmons is the real deal.
—Bestselling Author Andrew Peterson

When jailed billionaire Charles Merrick hints publicly that he has stashed a fortune in an offshore cache, a school of sharks converges upon his release from federal prison.

Among his swindled victims is Judge Hammond Birk, the man who saved Gibson Vaughn’s life when he was a troubled teenager. Now Gibson intends to repay that debt by recovering Merrick’s victims’ money.

But Gibson isn’t the only one on the trail of the hidden fortune.

The promise of billions has drawn a horde of ruthless treasure hunters, including an edgy ex-con, a female bartender with a mysterious history, a Chinese spy with a passion for fly-fishing, and a veritable army of hardened mercenaries. To stay ahead of the sharks and win justice for his mentor, Gibson will need all his formidable skills. But at the end of the road, he’ll still have to face “Poisonfeather”—a geopolitical secret that just might get Gibson killed…or worse.

FitzSimmons’s complicated hero leaps off the page with intensity and good intentions, while a byzantine plot hums along…
—Publishers Weekly
Once again I’m left twiddling my thumbs wondering how to pass the time until the next book is written because DANG IT FITZSIMMONS you do this every time!
—The Suspense is Thrilling Me

Poisonfeather was a pleasure to read from front to back…. This is a top-level mystery/thriller.
—Brandywine Books

After a period of brutal isolation in a CIA black-site prison, former Marine and gifted hacker Gibson Vaughn is free—but with no idea where he was or how much time he’s lost. Struggling to maintain his grip on reality, he races to return to the life he left behind. Angry and disoriented, his thoughts turn to vengeance and the man responsible for his rendition. But Gibson’s drive for retribution and the ghosts of his violent past plunge him back into a world he wants only to escape.

As old enemies and once-trusted allies resurface, the architects of a murderous conspiracy will beat a sinister path to Gibson’s doorstep. In discovering the shocking truth about those he thought he knew best, only one thing is certain: those responsible must be made to answer…and pay.

Fans of deep, dark government conspiracies will keep turning the pages to see how it all turns out.
—Publishers Weekly
It’s a page-turner that keeps the reader wondering—and looking forward to Gibson Vaughn #4.
—Criminal Element

FitzSimmons masterfully fits together the myriad pieces of Gibson Vaughn’s past like a high-quality Springbok puzzle.
—Crimespree Magazine

This is a fantastic series… Believe me, you’ll want to read [FitzSimmons] now, so you can look totally cool when he hits the big time.
—It’s Either Sadness or Euphoria Blog
Cold Harbor delivers a thought provoking ending. FitzSimmons’ book is a must read and earns a five-star ranking.
—Comfy Chair Books Blog

Lying low on the sun-kissed coast of Portugal is a far cry from twenty-four-hour lockdown in a CIA black-site prison. But even in paradise, Gibson Vaughn is a long way from being home free. With the feds hot on his heels, he and his crew of fellow fugitives know they can’t hide in a sunny beach town forever. And before they go on the run again, their generous host—a wealthy drug smuggler—expects to be paid for his hospitality. And paid double.

His price? A nearly impossible operation that Gibson and his gang must pull off to retrieve a king’s ransom in hijacked narcotics. Even if they make it out alive, they’ll have to face the wrath of a ruthless Mexican cartel that plays dirty…and is used to winning. But when Gibson discovers there’s far more than drugs at stake, the heist becomes a daring mission of rescue and mercy—and righteous vengeance.

Fans of the series and new readers alike will enjoy this standout thriller that… make[s] you want to linger even as you race to the finish.
—New York Journal of Books
FitzSimmons provides nonstop action.
—Kirkus Reviews
Twists and turns abound as Gibson becomes enmeshed in a web of betrayals and intrigue. Thriller fans will enjoy the ride.
—Publishers Weekly

FitzSimmons won me over with the strength of his word craft, and this quickly became one of my favorite ongoing series.
—Crimespree Magazine

[This] series is on its way to being a classic franchise of thriller fiction, with a unique voice and an unusual approach that keep the stories as appealing as they are entertaining.
—Bestselling author James Grady

Former Marine, brilliant hacker, and wanted fugitive Gibson Vaughn is off the grid in the Caymans. Until the ice-cold assassin Tinsley draws him out of the shadows. Complying with the man who murdered his father and left Gibson for dead? In the war against terror, never say never.

Especially when half a million lives are at stake.

Tinsley’s in possession of a heavily encrypted thumb drive. But the details of the plot—the motive, the targets, and the day of execution—are a mystery. The one certainty is that a tenuous truce must be made. After joining forces with Tinsley, Gibson and his team have their mission: access the drive and abort a massacre in the making.

How far can Gibson really trust Tinsley? Time will tell. Right now they’re both running out of it as they race across Europe to find an elusive cyber-psycho behind the mother of all malware.

Whoever said to keep your friends close but your enemies closer never meant it like this.

Ingeniously plotted…. The relentless suspense will keep readers turning the pages.
—Publishers Weekly
His big-hearted characters keep me coming back, book after book. Grab this thriller with both hands because Origami Man is a total blast.
—Bestselling Author Nick Petrie
An intricately plotted, rapid-fire thriller guaranteed to hook you from page one. Easily the best Gibson Vaughn installment to date.
—Bestselling Author Steven Konkoly

Reviewing the Evidence Q&A (2016)
“When I was eight, I wanted to be a brain surgeon. That lasted about five hours until I realized that the sight of blood made me queasy.”
Read more

A Bibliophile’s Reverie Q&A (2016)
“Gavin Swonger proved to be an ongoing challenge to the writing of Poisonfeather, because as is typical of him he wouldn’t do anything that I told him.”
Read more

The Suspense is Killing Me Q&A (2016)
“I wouldn’t say that Gibson Vaughn is the anti-Matthew FitzSimmons, but I did set out to make him different than me.”
Read more

Interview with Terry Ambrose (2016)
“There is such residual frustration that no one has been held accountable for the damage done by the Great Recession. I thought it would be interesting to pit my protagonist against such a character.”
Read more

This Is Writing (2016)
“My first love was theater and film. After college, I moved to New York and did an internship at Playwrights Horizons on 42nd Street.”
Read more

New In Books (2016)
“For me, I fear that distilling life into a few words leads to a lifetime of failing to live up to an oversimplification.”
Read more

The Big Thrill (2016)
“I was born on Columbus Day—something I was proud of when I was a child because Columbus was a hero. He’s an object lesson that history is written by the victors.”
Read more

AnaSpoke (2015)
“I’ve come to realize that all of my experiences—theater, a degree in psychology, teaching, coaching—have been, in one way or another, about understanding people. Collectively it is the foundation of my empathy.”
Read more

Read Narrowly: When You Should Read Books You Love Again and Again at Writer’s Digest (2017)
“A book takes far longer to digest than a movie and doesn’t make for a good first date.”
Read more

Book Picks with Matthew FitzSimmons at Mystery Playground (2016)
Matthew was born in Illinois, raised in London and now lives in Washington, DC. Let’s see what books he loves.
Read more

Reading Blind is Best at Read it Forward (2016)
“It also made me realized that long ago I’d stopped having the experience that the authors of the books I read intended. I was cheating myself of one of the chief pleasures of entering an immersive, fictional world: discovery.”
Read more

Everyone is the Protagonist at Kevin’s Corner (2016)
“To underline the obvious, people are at the center of their own worlds regardless of who or what is around them. That’s what makes walking a mile in someone else’s shoes so difficult—we almost never take off our own.”
Read more

Guest Blogger at Stacy Alesi’s Bookbitch.com (2016)
“For some, the idea of teaching a classroom of seventeen-year-olds would be akin to the tenth circle of hell. But it was, for me, the best and most important job that I’ve ever had.”
Read more

Just Stand There Watching: Narrative Music at Hardboiled Wonderland Blog (2015)
“I’ve always had a soft spot for songs with gentle or catchy melodies that set your head bobbing until you catch the black as pitch lyrics.”
Read more